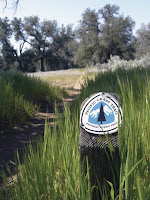 The trail for me, will start on the Mexican border, right on the six foot metal fence that protects it from the Mexican influx. From here the trail wanders north through the Southern California desert and the Mojave. It’s not until after the first 700 miles of the PCT in which the trail reaches consistant high elevations above 7000 feet from sea level near Kennedy Meadows and beyond into Sequoia/Kings and Yosemite National Parks. Here there are stretches with consecutive miles reaching heights over 10,000 feet above sea level that will be covered by deep and treacherous snow fields. Once the trail leaves the northern stretches of Yosemite National Park in central California it continues north along Lake Tahoe. Hopefully, this is where I’ll be in late June so I can catch an easy flight from Reno, Nevada, just across Lake Tahoe, to fly home for my younger sister’s wedding. Once I’ve celebrated Erin’s wedding I’ll fly right back to the wherever I left the trail to continue trekking north. The Cascades of northern California and Mount Shasta will dominate the skyline for the next couple weeks until I reach the Oregon border. The Cascade Mountains surround the trail in much of Oregon and Washington. I’ll wind through Crater Lake National Park skirt along the side of Mount Rainier National Park, and finally finish after climbing through North Cascades National Park on the U.S.-Canadian border. I hope to reach the PCT’s northern terminus by mid- to late- August, just in time to start a southbound trek of the Appalachian Trail.

Where most of the AT’s thru-hikers start in north Georgia in mid-late March, I’ll be starting in central Maine atop Mount Katahdin in Baxter State Park. Mount Katahdin is higher

than any other in Maine, with its’ jagged summit resting a mile above sea level. I’ll be one of the few hiking south on the AT. Less than a 1/3 of the AT’s thru-hikers are southbound, where the trail starts on some of the roughest terrain passing through rocky, muddy, steep trail that is usually without switchbacks or nice grades. After leaving Maine the trail climbs into more intense terrain and weather into the White Mountains of New Hampshire and on into Vermont. Massachusetts and Mount Greylock, Connecticut and New York are next with elevations dropping and rugged mountains becoming farer in between. The elevation changes stay fairly moderate passing along farmlands and pastures in New Jersey and into Pennsylvania. The AT then crosses over Maryland and into Virginia and 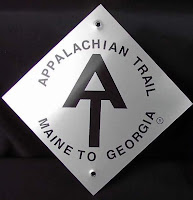 Shenandoah National Park. Virginia holds 549 AT miles, about a ¼ of the AT. After catching all the fall foliage in the long state of Virginia the trail will lead further south into Tennessee. The trail actually hugs the Tennessee-North Carolina border for over 150 miles, some of which trail stretches through Great Smokey Mountains National Park. I’ll finally reach my home state of Georgia at Bly Gap on the North Carolina line with only 75 miles left. Trail’s end of the AT is atop Springer Mountain in north Georgia, just a couples hour’s drive from my hometown in Lilburn, Georgia. After 14 states, the Appalachian Trail covers 2179.1 miles from Maine to Georgia.

The above was a very brief description of 4843 miles worth of walking, but hopefully you got the general idea for some of the territory I’ll be spending the next nine months exploring. And with that, that’s all I got for today, because I’m heading up to the Tallulah River to do some easy camping for the weekend with the guys within the hour. Thanks again for checking out the blog and all your support. Happy trails.

just meet zac briefly at toad lake near mt. shasta. he looked good and was great to talk to in the limited time we had.